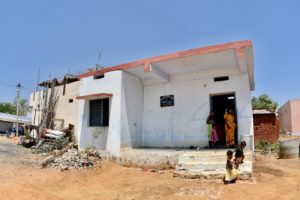 Today was the real deal!

By the end of the day, each group will have presented a finished slideshow to the class that tells the stores that they’ve worked on these past three days.  This will be the first time that the students have been responsible for producing a finished piece all on their own from beginning to end. However…and as of this morning, there was still a ways to go.  Fred said it before his group left, “I’m sure you feel like you have this about 90% finished but I think it’s more like 50%, and you’ll see that when you get out there.”  True or not, Esha’s group hit a bump almost immediately upon arriving at their location.  Not only were the school rooms absolutely TINY, but the teachers came today wearing Sari’s that were not their government uniform colors.  This meant that while the students had about half of the story already sequenced and planned out, they now were going to have to rearrange the beginning of their stories to establish the new women as teachers without the help of their uniforms!  Not only that, but each group working on this story had major shots missing. But to top it all off, at the start of all this it sounded like our subjects weren’t even planning to do any of the activities our students needed to shoot.  It looked dire at first but thank goodness for Mr. Rajan, our area coordinator, who scrambled and made it happen, and our kids responded accordingly! 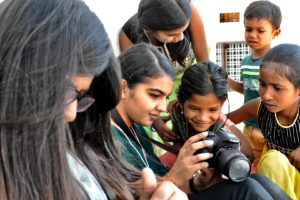 Wendys group left campus this morning with packed breakfast boxes just after 7 AM. They needed to get an early start if they were heading into the city to tour construction sites as planned.  As an added bonus, by 8am it was already blazing hot!  Nevertheless the intrepid photographers made their way through the city to finish photographing their story: the urbanization of Hyderabad. While Fred and Esha’s groups worked in small rural school houses, Wendy’s group braved the insane traffic, the chaos of construction sites, and the bustle of the urban streets. They certainly had a lot to deal with!

All of the groups returned to campus a little after noon for a shortened lunch. Unfortunately it had to be shortened as we had tons to do in the classroom after. The students were given a deadline of 6pm to finish their slideshows.  This meant that they had to download and edit today’s work, combine the new images with the story so far, finalize/sequence the edit for visual and thematic continuity, and export the show as a slideshow movie!  In just about 4 hours!  Sounds like a lot of time but there was still significant ground to cover.

In fact, when 6PM hit…and then became 6:15 (they were given a little grace period), only two of the three groups were able to truly finish their story.  By the time one group had to show, they had ran out of time editing, was 9 images over, and the sequence was only ¾ finished.  Still, each of the shows were full of powerful imagery and followed a great narrative thread!  For the first time ever doing this, these things were fantastic!

After each show was presented, the students sat around and held a peer led critique.  We talked about sequencing, choice of images, music, narrative, and visual components of an essay.  The students explored what made each show successful, where each could be improved, and we, the instructors, barely had to say anything at all!  It was really a treat to hear them talk about visual storytelling with such clarity and passion….all I can say is, “that’s why we do it!” 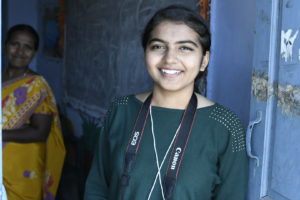 Of course, being the last day of class, there were hugs and tears and TONS of selfies.  Fred finally allowed cell phone cameras back in the classroom (without the threat of flushing them down the toilet).  It was a bittersweet celebration of the work the students had done and the time we’ve been allowed to spend with them.  It’s always funny how quickly and deeply we can become attached to these guys over such a short period of time.  It is hard to guess when we will see each other again, but all of us hope that it is sooner rather than later!  Before we can get too nostalgic however, it’s time to start preparing for the Beginner session…as that starts tomorrow!