Planning and the Party 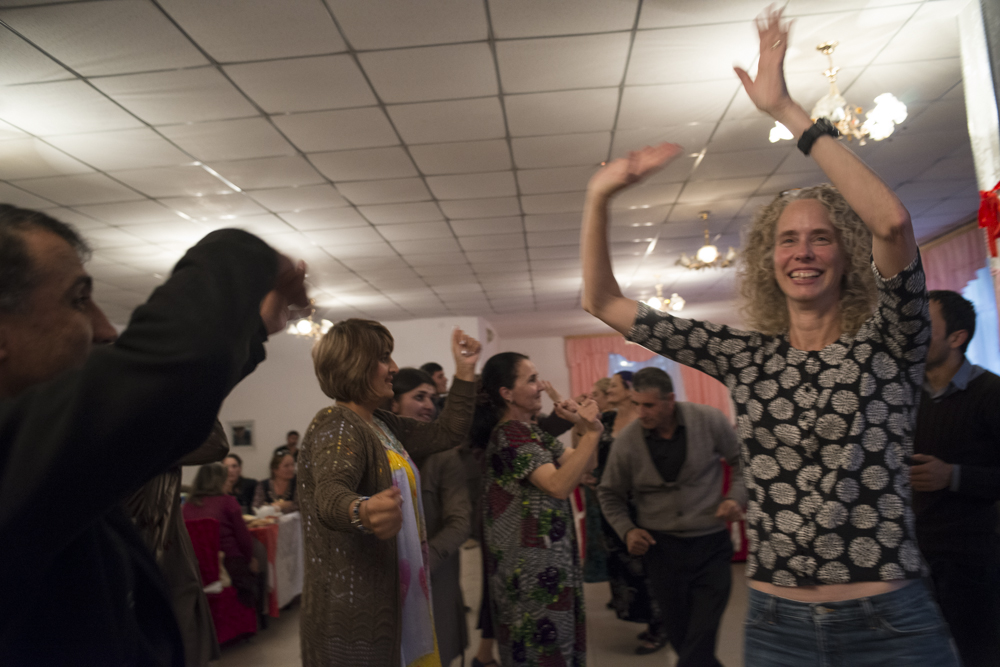 At our hotel, the Serena Khorog, we had breakfast, met with our NGO coordinator, and generally nursed our wounds from the drive from Dushanbe. Nakat and Haidar, the CEO and Program Coordinator for the Aga Khan Foundation (our NGO partner for this workshop), met with us over breakfast and then took us to the Aga Khan Lycee, where we met the rest of the staff. After a long morning of meetings and planning, Mike and Tony set up the classroom and the computers for the workshop while Fred and Wendy sorted out the details of logistics, photo stories and locations with the AGF team.

At three o’clock, we got word that we had been invited to a party for the local teachers for International Teacher Appreciation Day. Finished with the prep for the workshop, we all drove across town to the local event hall, a small event space with a too-loud sound system that was already spilling over with people. Our tables were literally covered in food: salads, fruit plates, bowls of soup and hot tea were already waiting for us when we arrived. We all tried a spoonful of each dish and by the time we reached the end of the offerings on the table we were already overfull: then the first course arrived. We ate until we were suffering, taking a bite or two of each dish to be be polite until we could not imagine eating another thing.

The band (comprised of a singer, a keyboard player and a tabla player) shattered the tiny space with music while we ate. As the dishes began to clear, the singers began…followed shortly by dancing. Of course, we were reluctant to join in since the few women who started it off were displaying what looked like traditional Tajik dance moves, clearly something that none of us knew anything about. However, the teachers wouldn’t take that as an excuse, and it wasn’t long until they coaxed Wendy out on the dance floor. The locals loved it, and soon Tony, Fred and I had been pulled out to join the fun too. We were definitely out of our depth but we had to admit that we had a lot of fun.

And besides, we’d never see any of these people again anyways, so what the heck. That’s what we thought, anyway. 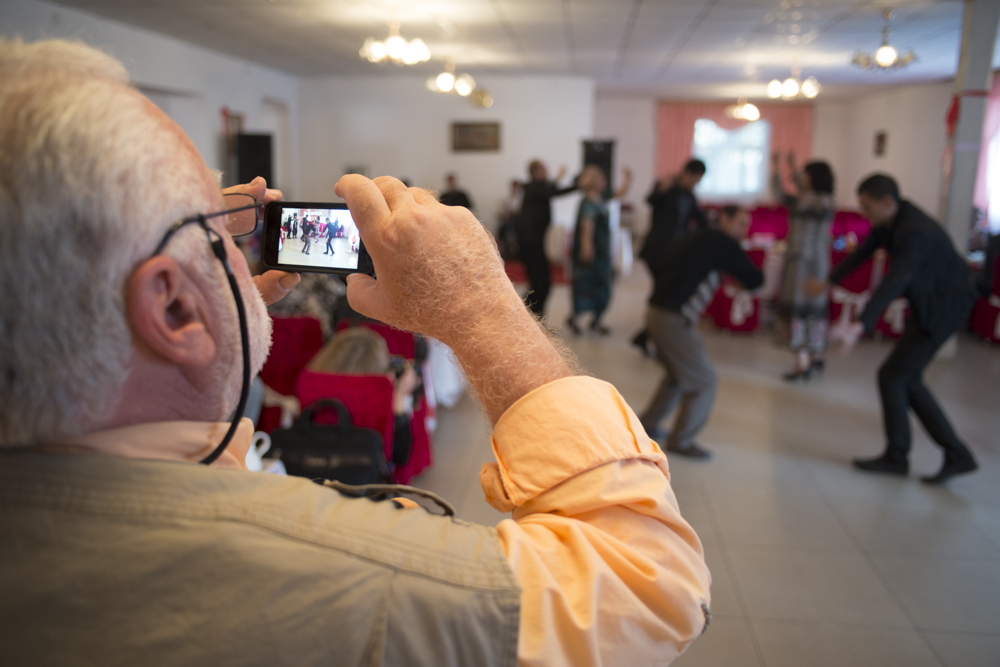