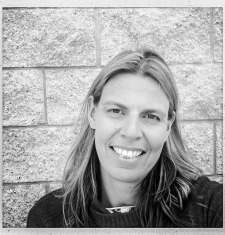 Sarah Meghan Lee has worked as a photojournalist for 15 years, first based in Rwanda, then New Mexico, and for eight years in Mexico City, covering social, environmental and human rights issues. Her work has been published in The New York Times, The Boston Globe, Los Angeles Times, Guardian (London), The Independent Magazine (London), Elle and Marie Claire. Sarah won first place in the 2005 Gordon Parks Photography Competition for a photograph she took in Haiti.

She became interested in photography while completing her degree in Eastern European modern history at Stanford University, including studies in Kraków, Poland, and Berlin, Germany. While photographing Eastern Europe in the early 1990s after the fall of the Berlin Wall and the Velvet Revolution, Sarah discovered that she wanted to pursue photojournalism as a career.

Sarah went to work as an assistant for the USA Today photo department in Washington, D.C., and in her free time volunteered for Shooting Back, a program that taught inner-city youth photography to document life in their neighborhoods. In 1996, Sarah left Washington for Rwanda to work as a photographer for relief agencies. After several months photographing in refugee camps, she received her first newspaper assignment for The New York Times. The photo was published on the front page.

While working in New Mexico in 2000, she began teaching intensive one-week workshops a few times a year at the Santa Fe Workshops. She has continued these workshops in Santa Fe and in Mexico for the past 13 years. She earned her master’s degree in Media Studies from San Diego State University in 2013, with a focus on changes in work routines of photojournalists. She currently lives and teaches photography at the University of California, San Diego Extension and San Diego State University Extended Studies.