Day One: An Introduction to Storytelling

Home > Tajikistan Workshop > Day One: An Introduction to Storytelling 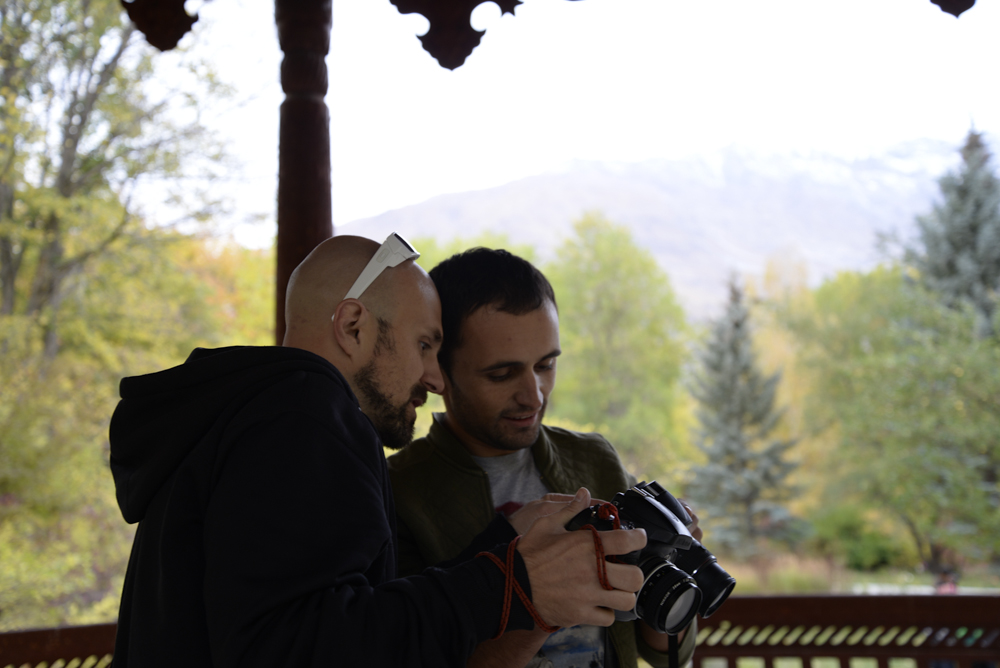 (For those who read my post from yesterday: of course, as soon as we arrived, we found out that two of the teachers who had joined us in the previous night’s festivities were going to be with us for the workshop. In fact, we’re still running into more of the teachers from the party. At least they are not holding our terrible dancing against us!)

Sunday marked our first day of class, and it was a BIG one! Fred got us started with a variation of his traditional first day speech. When he asked the students to call out some of their favorite authors, they mentioned Pushkin, Dostoyevski, Omar Khayyám, Tolstoy, and even Mark Twain. Next, Fred asked if any of the students knew the color of the ink that any of these writers used; of course, the answer is that it doesn’t matter. Nobody remembers the tools that writers and other artists work with- they only recognize the work that they create.

And that’s what we plan to do with these students. Our job is to teach them to create narratives with photographs, but it is their job to tell the stories already in their hearts.

After Fred’s introduction, Mike and Tony assigned cameras to the students, introduced them to the parts and controls, and generally tried to terrify them into taking good care of the cameras they’d been given. Afterwards, Wendy and Fred began the lessons, and it’s been all downhill since.

In the afternoon, we took the students outside to practice making exposures. The local  neighborhood kids flocked out to play football in the street, goof around, and generally soak up all the attention our newly camera-wielding students would lavish on them. By that evening, we had the best first day images we’ve had from any of our workshops to date.