A Final Bow For The Tajikistan Workshop 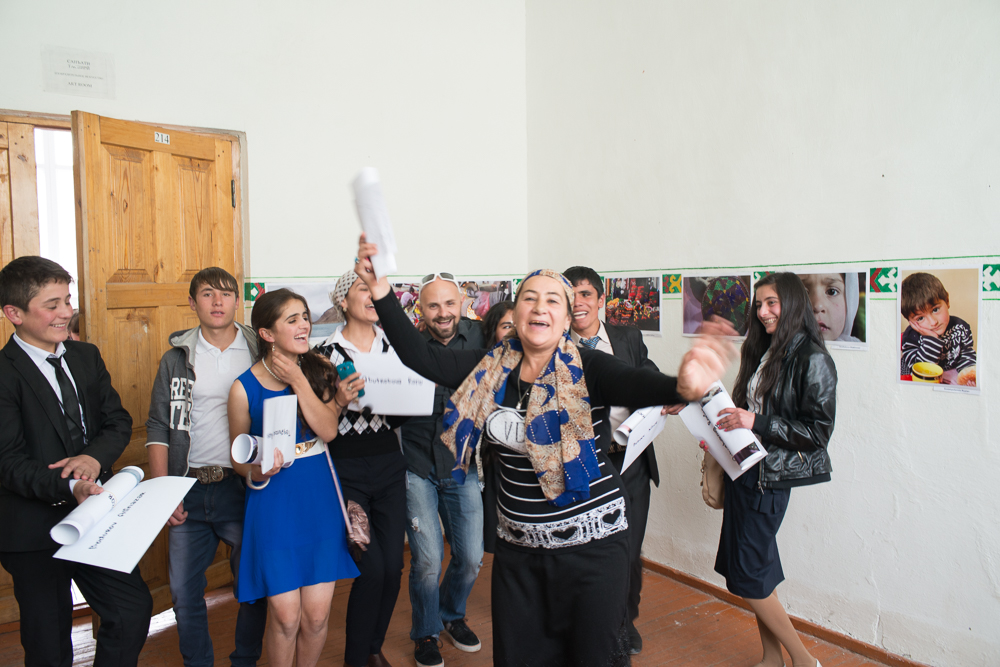 After the long night, our 6:30 AM wake-up call made for an early morning. The normal routine…wake, shower, breakfast with the team, then jump in the car at 8 AM to head over to the Lycee for our last day with the kids.

Saturday would be our last day, and we all carried the expectation that it’d be an emotional one. We arrived at the school and everyone slid off in different directions to get things ready for the final presentation. Fred moved off to coordinate the students, Wendy took a group of students to hang the photos for the gallery show, and Mike and Tony went to the auditorium to set up the presentations. As Fred gave interviews, the students practiced their speeches one last time and got the kinks ironed out.

We soon reached the appointed hour for the final show, and then we watched it go by.

As we waited, the auditorium filled with students from various classes and the TV crew got set up. The government’s Director of Education for the Badakshan region arrived as the students continued their low-level pre-show ruckus backstage.

Our student MC got us started and things ran as usual. Nakat, the Country Officer from the Aga Khan Foundation, welcomed us all and then introduced Fred to the audience. Fred gave a few words and then called his group to address the audience. Each student took a turn to share a little about themselves, where they come from and their impressions from the week. Next, we presented the slideshows of the students’ work. Each of our groups followed in turn: first Wendy’s, then Tony’s and finally Mike’s group each shared their thoughts, and then we watched slideshows of their best work.

After all the groups had shared, Fred introduced the story show, which was the aggregate of everyone’s work for the story assignments we had given them during the week. The show looked fantastic! It is hard to believe that these students have only been working on this for a single week! Seriously, their work demonstrates so much sensitivity and maturity as well as technical ability that it’s hard to imagine these images are coming from new photographers. (I feel like I say that with every workshop, but it’s no less true.)

After the normal proceedings finished and we showed nearly all of our slideshows, there was an interlude by the Lycee school and all of our talented students. There were performances by musicians, singers and dancers, and we were gifted to see traditional Tajik dances and hear traditional songs. During one dance, several girls were dressed in long white outfits, each wearing bright colorful Tajik socks and black shoes. They spun around with long shawls and skirts flowing and moved with beautiful narrative gestures. In another dance, where the girls played on what looked like tea saucers with thimbles on their fingers. Yet another dance had the dancers playing along with the music with wooden spoons. They clearly communicated a strong national pride and the importance of community in all of these cultural expressions. 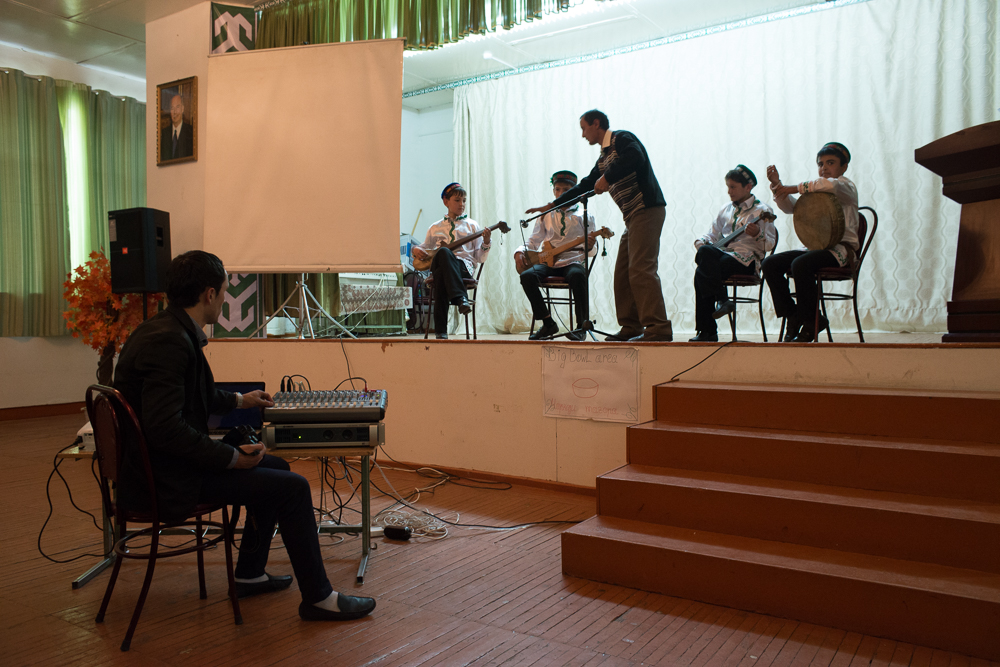 After the dancing and singing, the musicians and the applause, the proceedings turned back to what we had been expecting and dreading all week: tearful goodbyes and the last group photos. Our students are always special to us, and this group was no exception. These students were hardworking, intelligent, endearing and sensitive people, and it was an absolute pleasure to get to know them this past week. We are all excited to see who we can keep in touch with and where they all end up! 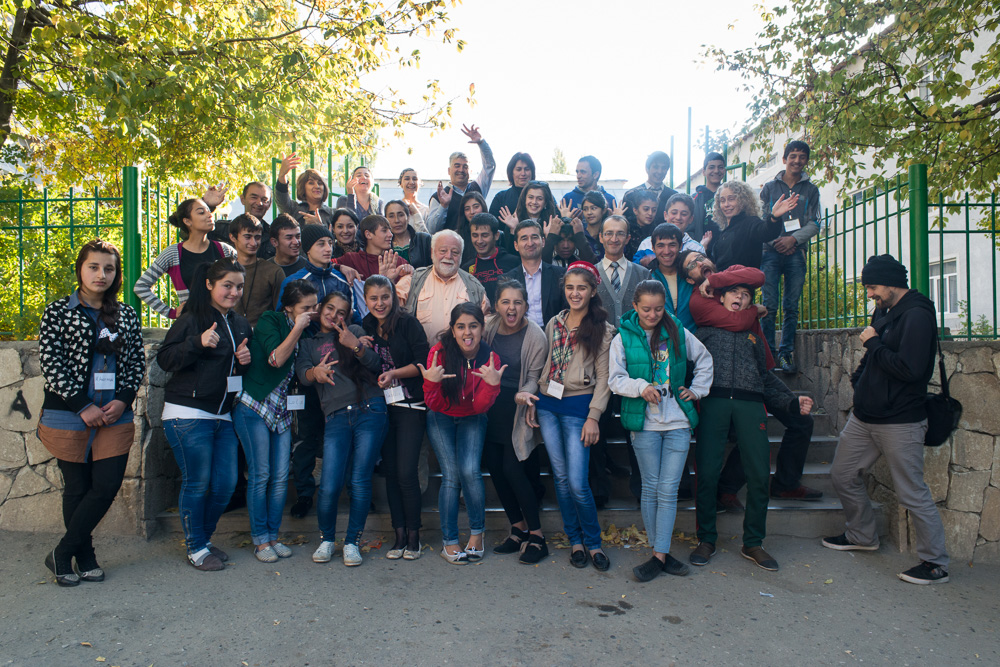