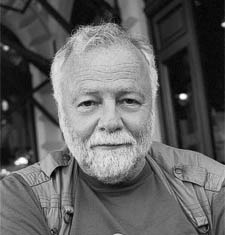 After more than 30 years as an executive on Wall Street, including a term as Chairman of the Board of Governors of The NASD, and founding his own investment banking firm, F.M. Roberts & Company, Fredric Roberts successfully launched a career as a photographer. His work capturing people and events around the globe has earned accolades from the New York Times, the Government of India and the International Photography Awards, among others. His images have been exhibited at the United Nations and the Rubin Museum of Art in New York City, Yale, Lehigh and Stony Brook Universities and MoPA in San Diego, along with publications such as Outdoor Photographer, The New York Daily News and PC Photo Magazine.

Combining his photography skills with his extraordinary business acumen, Roberts established the first Fredric Roberts Photography Workshop in 2011 in Udaipur, India, and embarked on a continuation of these workshops across the world.

A graduate of Yale University, Roberts is a Director Emeritus of the Los Angeles Music Center.  He is also Chairman Emeritus of the Music Center Leadership Council and Founding Chairman of the Spotlight Awards Scholarship Program. He has published three photography collections (Humanitas, Humanitas II – The People of Gujarat and Humanitas III – The People of Burma), which have been recognized in The New York Times Sunday Book Review and Foreword Magazine, among others. To learn more about Roberts and his work, please visit www.fredricroberts.com.